Today Apple announce the iPhone SE which is basically an updated iPhone 5s with matte-chamfered edges, a color-matched stainless steel Apple logo, and four metallic finishes, including rose gold. iPhone SE sports the same 64-bit A9 chip from the iPhone 6s for fast speeds and it also has a longer battery life, faster wireless, a 12-megapixel camera featuring with Live Photos and 4K video, and Touch ID with Apple Pay. 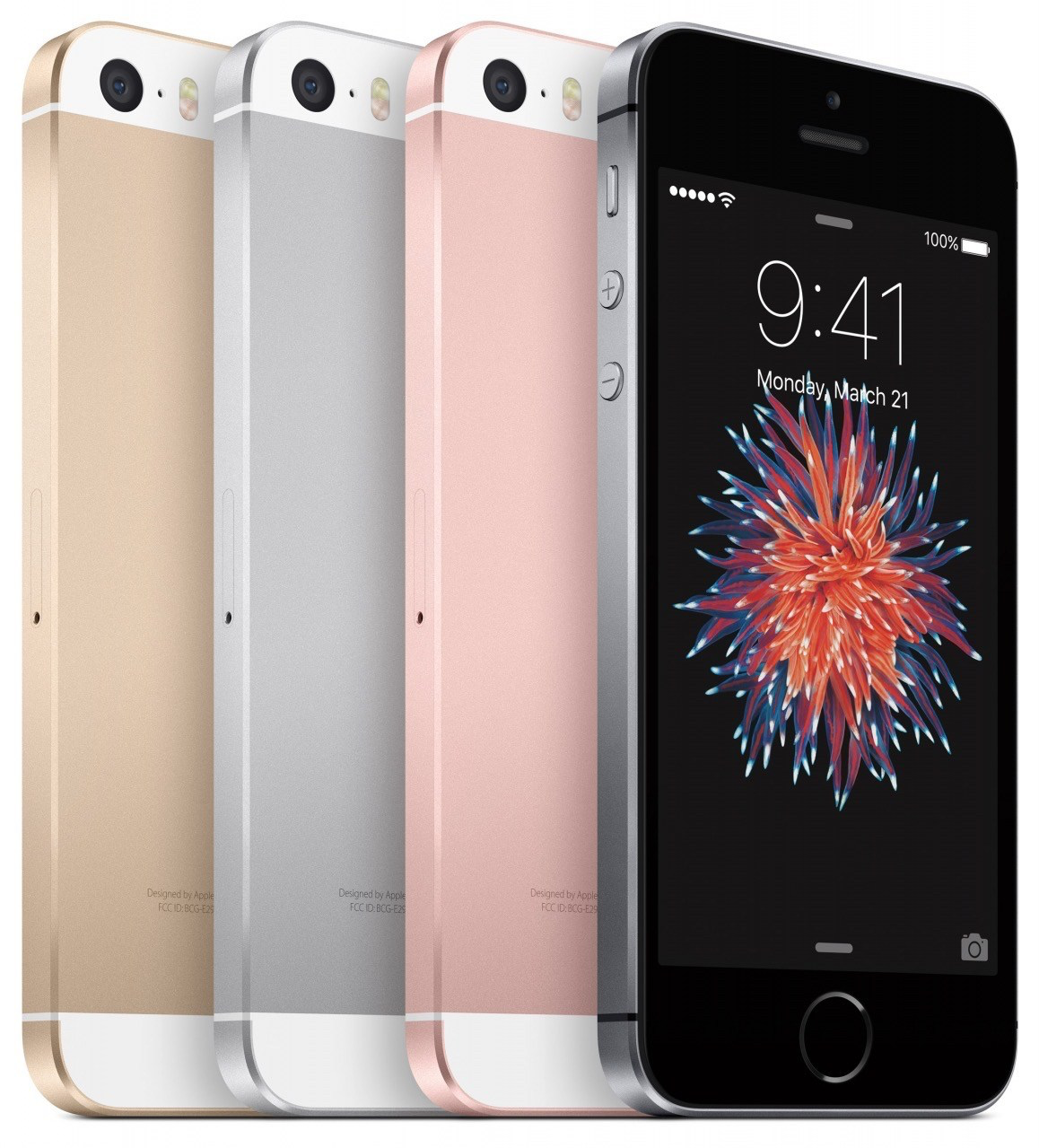 The Most Powerful Phone with a Four-inch Display

iPhone SE takes a beloved iPhone design and reinvents it from the inside out, giving customers a powerful, full-featured iPhone no matter which model they choose. The 64-bit A9 chip, introduced in iPhone 6s and iPhone 6s Plus, offers iPhone SE customers two times faster CPU and three times faster GPU performance compared to iPhone 5s, all with gains in energy efficiency for improved battery life. M9, Apple’s next-generation motion coprocessor, is integrated into A9 allowing more features to run all the time at lower power, including “Hey Siri” without having to pick up your iPhone, and a range of fitness tracking capabilities like measuring your steps and distance. iPhone SE users can browse, download and stream content even faster with Wi-Fi up to three times and LTE up to 50 percent faster than iPhone 5s.* iPhone SE also includes more LTE bands for better worldwide roaming and supports Voice over LTE and Wi-Fi calling for high-quality wideband calls.

With an easy-to-use interface, amazing features, and security at its core, iOS 9 is the foundation of iPhone SE and brings powerful built-in apps like Messages, FaceTime®, Photos, Music and Maps to iPhone users. iOS 9 also brings more intelligence to iPhone SE with proactive assistance, powerful search, improved Siri® features, and a new Night Shift™ feature that uses your iPhone SE’s clock and geolocation to automatically adjust the colors in the display to the warmer end of the spectrum after dark and may even help you get a better night’s sleep.

All of these innovations are packed into a light and compact phone designed to fit comfortably in your hand, crafted from bead-blasted aluminum for a satin-like finish, refined matte-chamfered edges, a new color-matched stainless steel inset Apple logo and a brilliant four-inch Retina® display. 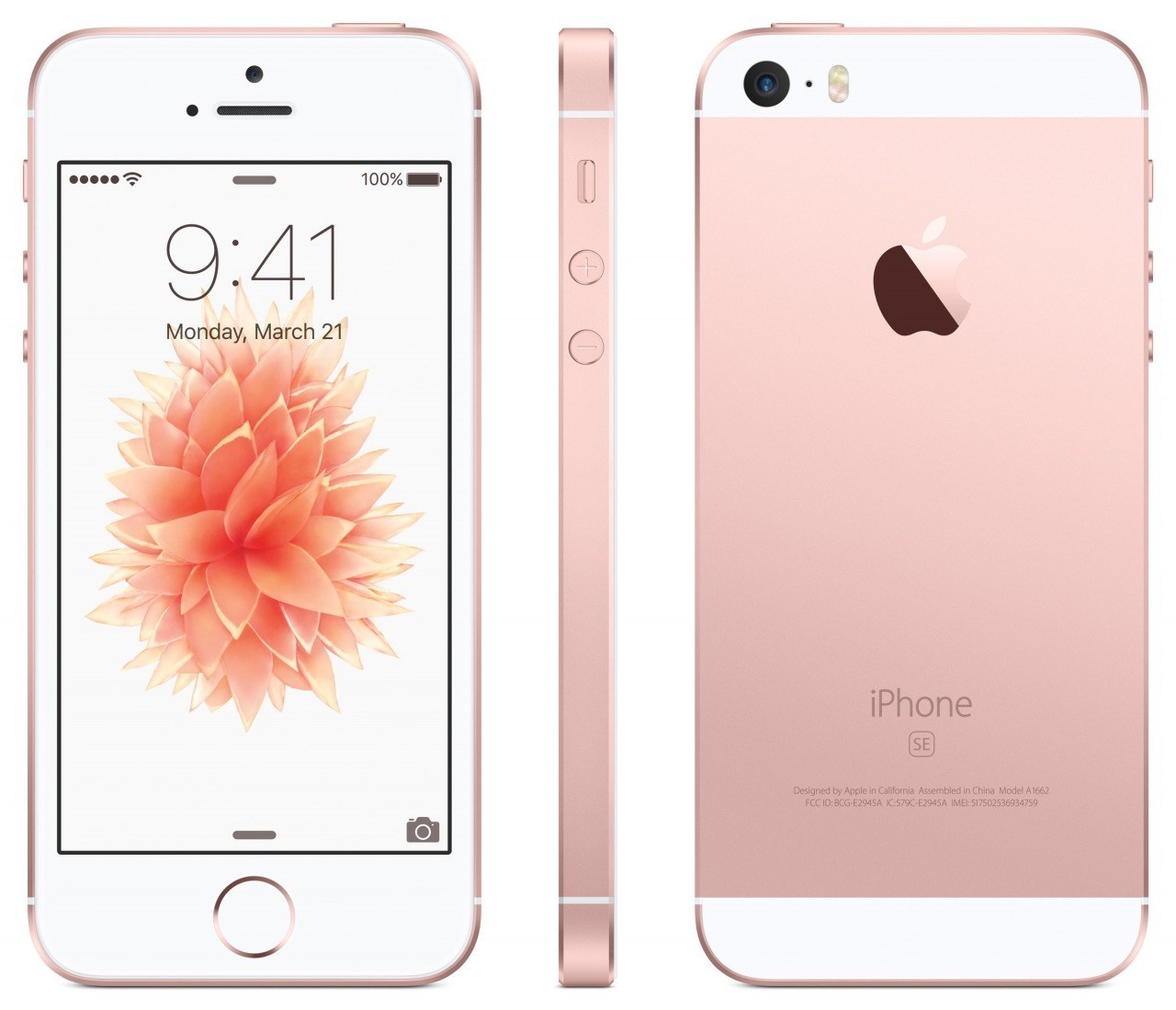 The World’s Most Popular Camera

iPhone SE has an advanced 12-megapixel iSight camera featuring Focus Pixel technology for fast focusing, an Apple-designed image signal processor, advanced noise reduction, third-generation local tone mapping and better face detection, all resulting in sharper, more detailed photos like the ones shot on iPhone 6s. With Live Photos on iPhone SE, customers can go beyond snapshots to capture moments in motion and relive unforgettable memories with sound. Live Photos are beautiful 12-megapixel photos that, with just a touch, reveal the moments immediately before and after the shot was taken, so users can enjoy a living memory rather than an instant frozen in time.

Should You Get the iPad Air in Space Gray or White/Silver? 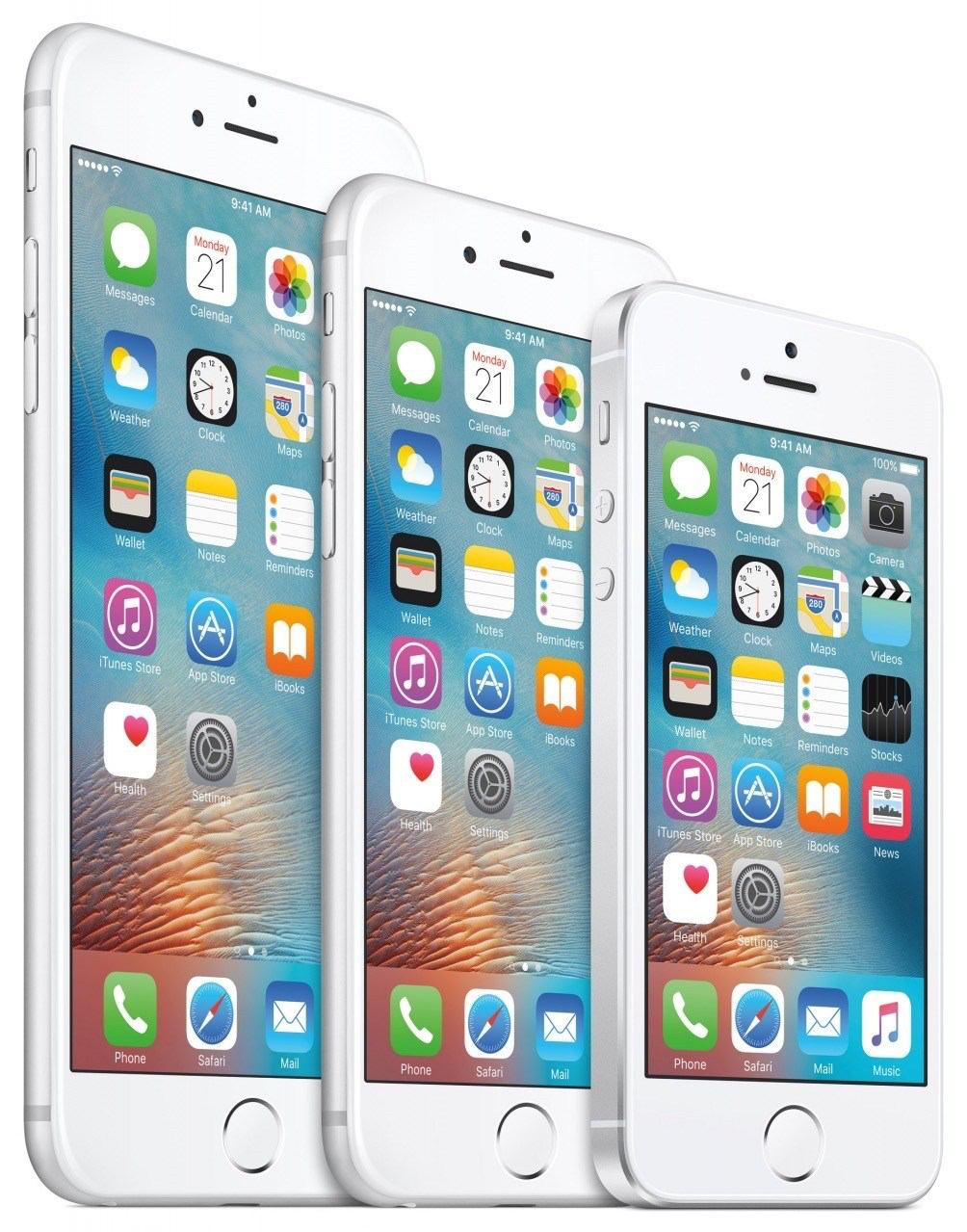 The ability to shoot HD video with support for 4K at a resolution of 3840 x 2160. After capturing 4K video, customers can edit on a Mac®, PC or iPad®, and with the latest version of iMovie® on iPhone, can even edit two simultaneous streams of 4K on iPhone SE.
Retina Flash, which momentarily makes the display three times brighter with True Tone® lighting technology, for wonderfully bright selfies in low light with the FaceTime HD camera.
Features introduced with iPhone 6s, including up to 63-megapixel panorama photos, video capture up to 60fps for 1080p video and 240fps for slo-mo, time-lapse with video stabilization and cinematic video stabilization.

iPhone SE will be available in space gray, silver, gold and rose gold metallic finishes in 16GB and 64GB models starting at $399 (US) from Apple’s retail stores, Apple.com, Apple Authorized Resellers and select carriers, or for 24 monthly payments starting at $17 (US) exclusively at Apple’s retail stores in the US.** As part of the newly-announced Trade Up with Installments program at Apple stores in the US, customers can also purchase iPhone SE for as low as $10/month for 24 months.***
Customers in Australia, Canada, China, France, Germany, Hong Kong, Japan, New Zealand, Puerto Rico, Singapore, the UK, US Virgin Islands and the US will be able to order iPhone SE beginning Thursday, March 24, with availability beginning Thursday, March 31.
iPhone SE will be available in early April in Albania, Andorra, Austria, Bahrain, Belgium, Bosnia, Bulgaria, Croatia, Czech Republic, Denmark, Estonia, Finland, Greece, Guernsey, Jersey, Hungary, Iceland, India, Ireland, Isle of Man, Italy, Kosovo, Kuwait, Latvia, Liechtenstein, Lithuania, Luxembourg, Macedonia, Maldives, Malta, Monaco, Netherlands, Norway, Poland, Portugal, Romania, Russia, Saudi Arabia, Slovakia, Slovenia, Spain, Sweden, Switzerland, Taiwan, Turkey and UAE.
Apple-designed accessories including leather cases in black and midnight blue will be available for $39 (US), and Lightning® Docks in color-matched metallic finishes are currently available from Apple’s retail stores and Apple.com for $49 (US).
Every customer who buys iPhone SE from Apple will be offered free Personal Setup, in-store or online, to help them customize their iPhone by setting up email, showing them new apps from the App Store® and more.
Anyone who wants to learn more about iPhone SE or iOS 9 can register for the free workshops offered at every Apple Store®.