I have never been able to buy a flashlight and keep it with me without it disturbing my pocket or making my keychain bulky. The folks at Iain Sinclair sent me the Eon Classic, an “Everlasting Credit Card Flashlight” which believe it or not is a flashlight with the footprint of a credit card. 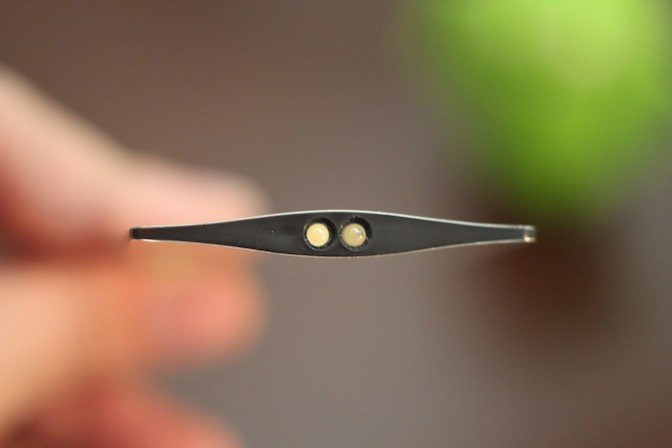 The flashlight is minimalistic and at first glance it doesn’t look like a flashlight. The light is encased in plastic and that plastic has brushed steel on the top and bottom. There are no screws or anything that allow you to open the flashlight, it is sealed and meant to not be opened since it comes with pre-installed lithium batteries which are said to last from 5 to 10 years. It also has two LED’s on the front which are extremely bright and works for most cases but you wouldn’t want this to be your only source of light in a dark cave.

There is one button which requires about two pounds of pressure to activate which is both good and bad. It’s good because the card won’t accidentally turn on when its in your wallet or pocket but, it’s actually quite difficult to hold the card with one hand and keep two pounds of pressure on it for a long time. The flashlight is rounded like a credit card and the edges are smooth so the steel doesn’t dig into your hands when using it. 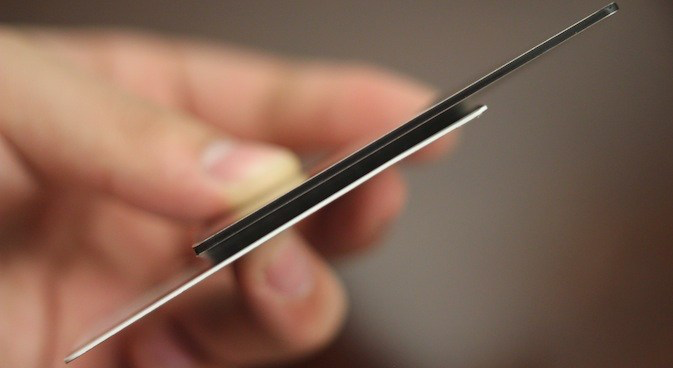 There isn’t much to say about the flashlight because it manages to be what it says it is, a credit card flashlight. The light fits perfectly in my wallet, it is there when I need it and when I do need it, it works. The light goes for around $15 on the web and I recommend it if you want a minimal flashlight that you can use from time to time. If you’re looking for a flashlight to accompany you through a walk in the woods then I recommend that you keep searching web.