What is it Like Having an Alaskan Klee Kai as a Pet?

Hey guys, today we are reviewing a dog breed! One that many people have never heard of; Alaskan Klee Kai. In all seriousness, I got an Alaskan Klee Kai pup towards the end of 2016 because I’ve always wanted a dog. More specifically, I’ve always wanted a husky or wolf-dog but neither of those were possible because I live in an apartment so I was looking into getting a Pomsky (Husky & Pomeranian Mix) but I then came across the Alaskan Klee Kai breed which is a fairly new breed. It’s essentially a miniature Siberian Husky since it’s a very vocal breed with a lot of energy and coyote/wolf tendencies. 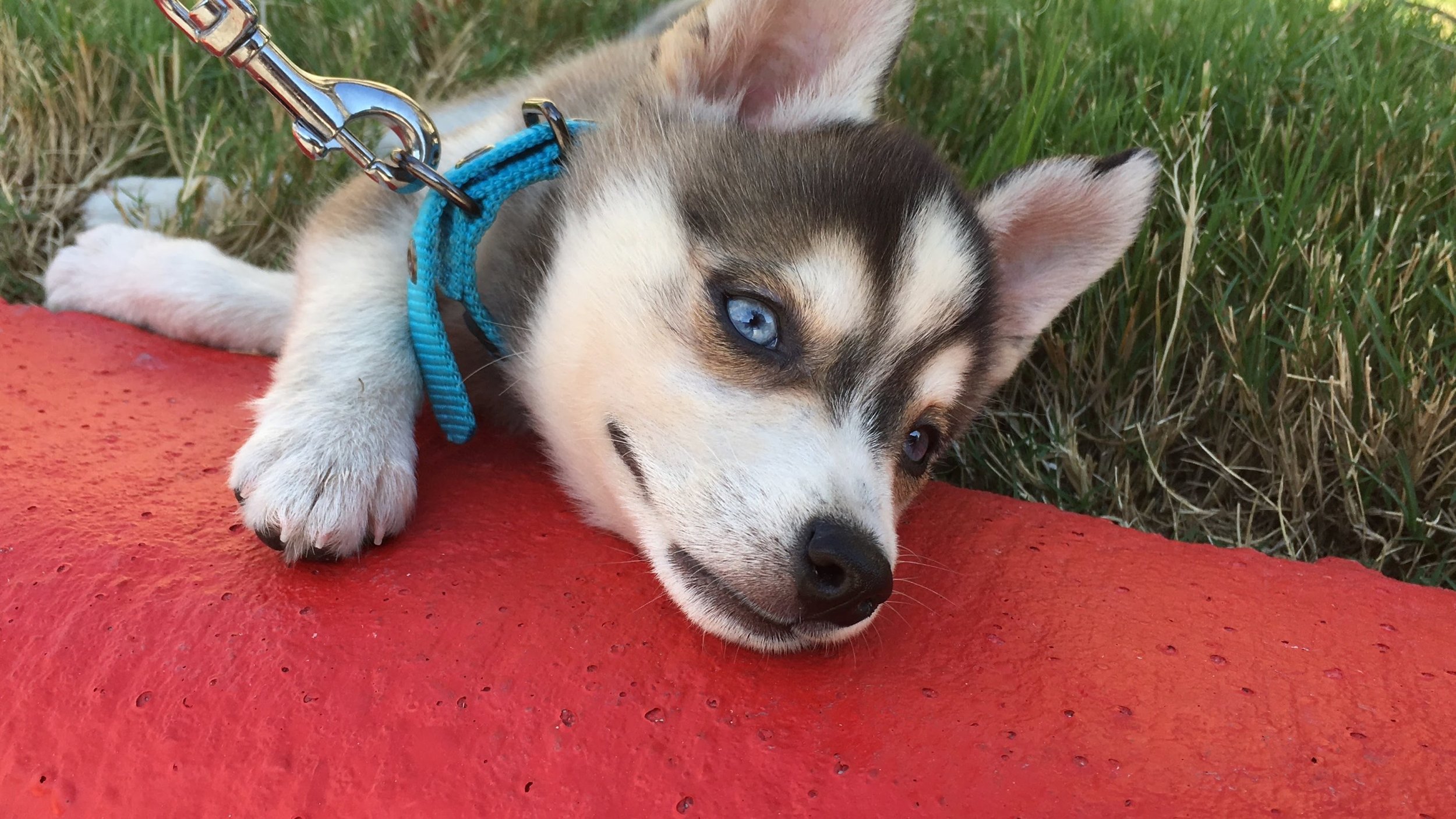 Yes and No. Like a lot of other breeds, it depends on how much time you are willing to dedicate to training them. My pup, was potty trained in a couple of weeks with only a few mishaps. Now a days he doesn’t go anywhere he isn’t supposed to and will start softly biting my hand when he has to go #2 and will make random sounds when he needs to go #1. If I can’t take him outside, he goes to his designated area in the bathroom where there is a puppy pad.

Like many other breeds, Klee Kai’s are extremely food motivated. Without some sort of reward or treat you won’t be able to hold their attention very well since they are always wanting to see what is going on around them. Sit, Down, Rollover, Paw, and all the other simple tricks can be easily taught in a few days if you use treats sparingly and you turn these times with your pup into a fun activity. These pups like new challenges so they will learn things quickly if you have patience and good energy.

Technically, yes! However, I don’t recommend doing that to this breed. They are very attached to owners, I have met Klee Kai Owners where they didn’t properly associate their pup with other people when they were small so the dog is very attached to just one person and not playful with strangers. I made sure to have my pup meet lots of people when he was small and leave him with different people so he didn’t only have one person to attach to.

With everything that I’ve tried, I have not been able to leave him alone for more than 10 minutes without him beginning to howl/cry. I could try it but I didn’t get him to leave him home all day, this is also not a very stagnant breed. Klee Kai’s need lots of exercise and fun activities to keep them happy so if you work all day… do not get an Alaskan Klee Kai. 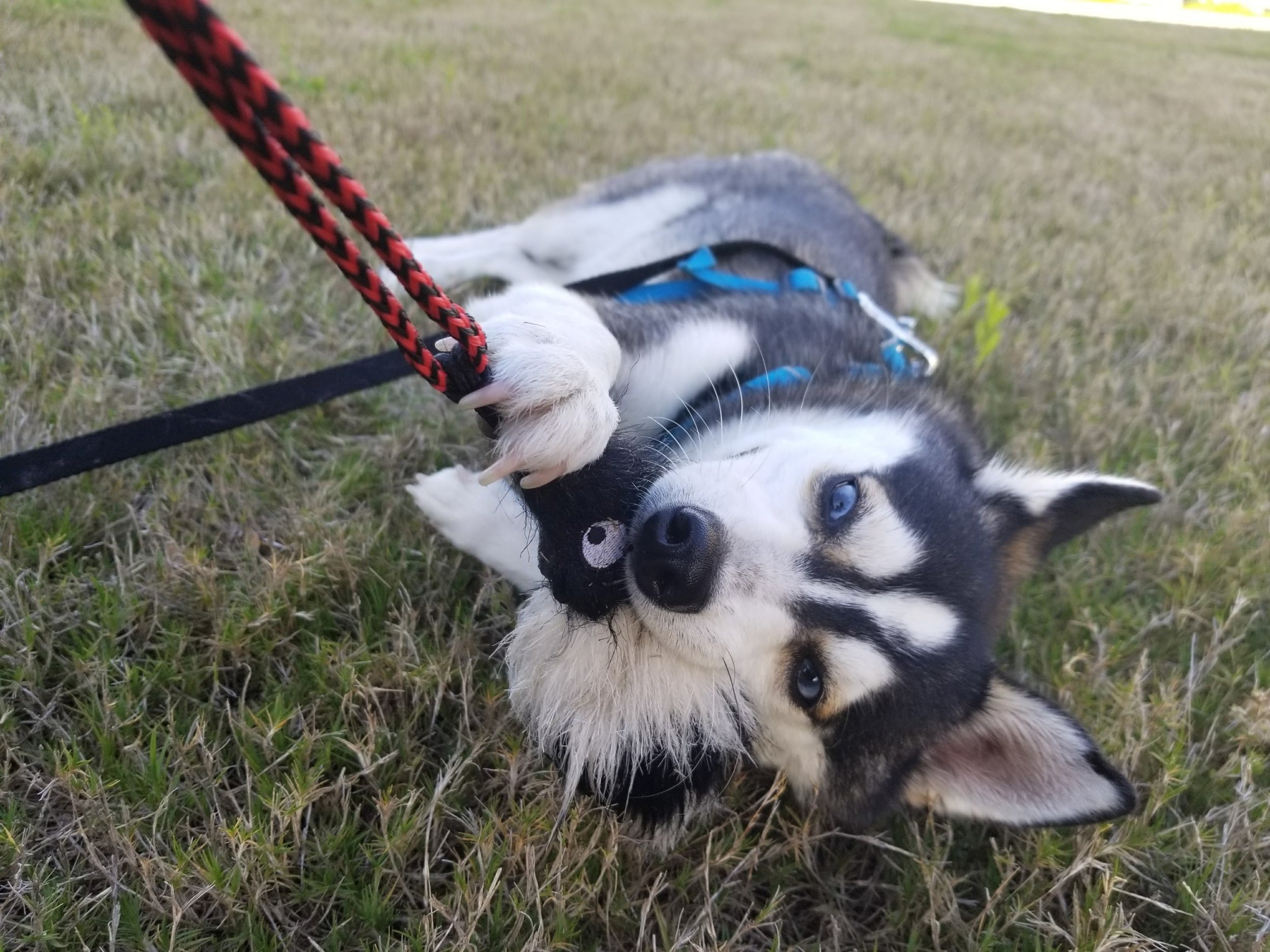 Unfortunately, I don’t feel this is a great breed to have around a baby. Mainly because they are so energetic and run around a lot. If you exercise them outside before being in the same room as a small child then it would be okay. Honestly though, since there are no young children nor babies in my household I don’t think I can really comment. Dogs in general are known to be very gentle around children so this breed should be too, if you are really concerned about this then I’d suggest checking on Instagram if anyone has a Klee Kai and a child.

Why Are Alaskan Klee Kai’s So Expensive?

Honestly, I don’t know for sure. Most likely because there aren’t so many breeders and there is high demand for them. I personally would have preferred to adopt but my local shelter did not have any Klee Kai Rescues.

Overall, yes. Just how a Husky or German Shepard would be destructive. Of course, you teach them what is theirs and what isn’t but my pup breaks his toys all the time and sometimes tries to pull out some of the stuffing from the plush toys. Out of all of the tech products, cables, and toys that I have he only managed to munch on a Yoshi Amiibo, a Nintendo 3DS Charging cable, and a TV Remote before he learned that everything around my room if off limits. You’d definitely want to keep a supply of Elk Antlers or any other tough bone so he/she can chew on. 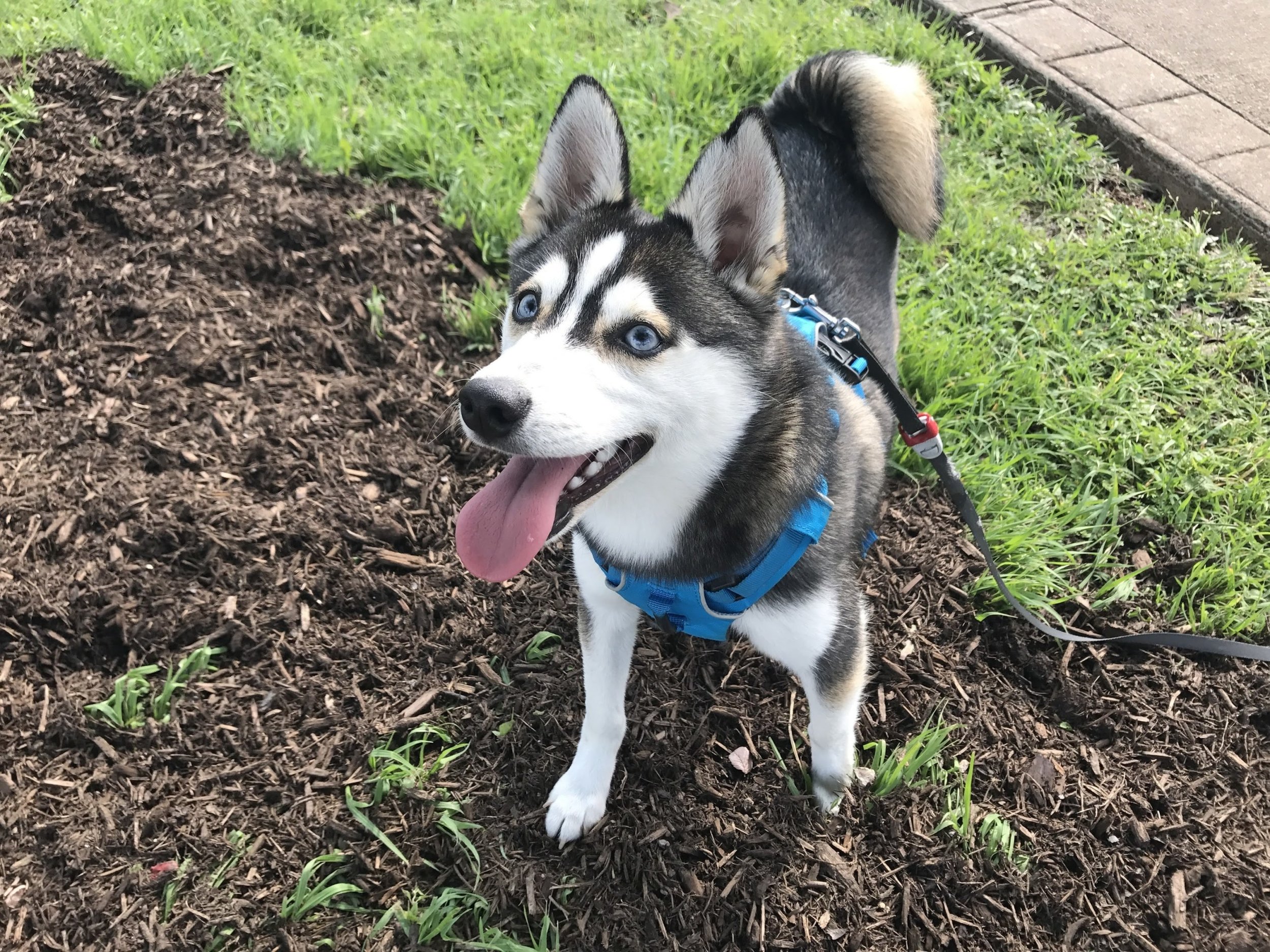 Do Alaskan Klee Kai’s Suffer from Any Diseases?

My pup is only 9 months old at the moment and isn’t suffering from anything. Hopefully he never does go through anything terrible. He does have a Level 2 Luxating Patella which is common in small breed dogs. It doesn’t hurt him but it does annoy me because I feel he isn’t able to enjoy running a lot as much as he would if he didn’t have it. I recently started giving him Dasuquin with MSM, which should help his bones and I hope that it works. The only other option for a Luxating Patella is surgery which I don’t want to do as it sometimes doesn’t help and they still end up with Arthritis later in life. It sucks, but this could have still happened with any other breed. Overall, this is supposed to be a very healthy breed from what I’ve been told.

Should You Spay/Neuter your Alaskan Klee Kai?

The days/weeks following the procedure are really difficult with any dog and it’s no different with Klee Kai’s. Alpha was a little off and was very low in energy the days following the surgery but afterwards he was back to his old self. I was personally required to Neuter him and I believe most Klee Kai owners have to do it too. Why? I believe it’s just to keep the breed in check and not have people start breeding them with other breeds etc… Anyhow, from what I’ve read it’s always best to neuter dogs with too much energy. Lots of pros/cons whichever way you choose but know that you have to be very vigilant the days following the procedure to keep the dog from ripping the stitches or getting an infection.

Do You Regret Getting an Alaskan Klee Kai?

Not one bit, this pup is like my spirit animal. He has learned so much in so little time that it baffles me. My brother put together two videos of our first months with alpha. Check them out below! You can also follow alpha on Instagram over at instagram.com/alpha_kleekai.