How Does Pokémon Go’s ‘Nearby’ Pawprint Feature Work?

One of Pokémon Go’s most annoying aspects is the fact that you can’t tell in which direction or just how far away that Pokémon you are trying to catch is. The developers behind the app have been very vague regarding that feature but I believe there is reasoning behind it. If you came here looking for a representation of distance every Pawprint indicates then you’ll be happy to know that there is a number but it’s quite vague. I have been told that during the beta each Pawprint indicated 50 meters while serebii.net is reporting that the first Pawprint translates to 20 meters, 2 prints is 100 meters, and 3 prints is nearly 1 kilometer. 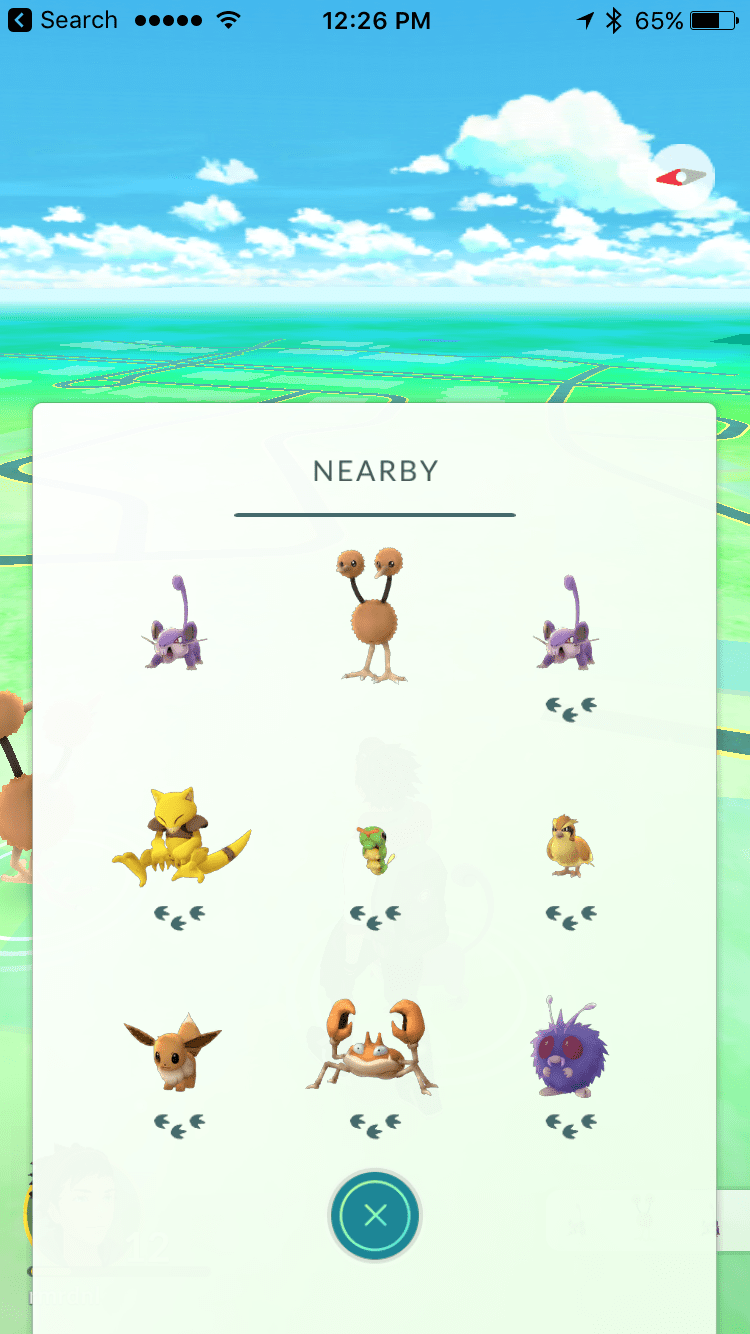 Which is the more accurate? Well, from my experience it really varies but I don’t think that’s such a bad thing. Just the other day I was at a park and everybody in the park was helping each other out as to where each Pokémon was. In my opinion, this lack of information just makes each new Pokémon you catch feel far more satisfying. A direction indicator would definitely help in finding Pokémon but at the end of the day it’s the thrill of the hunt that makes it fun! If you are completely set out on catching all of the Pokémon on your radar then there is a way but it requires some time to exeggcute it. A redditor by the name of DJToaster has devised this elaborate plan: 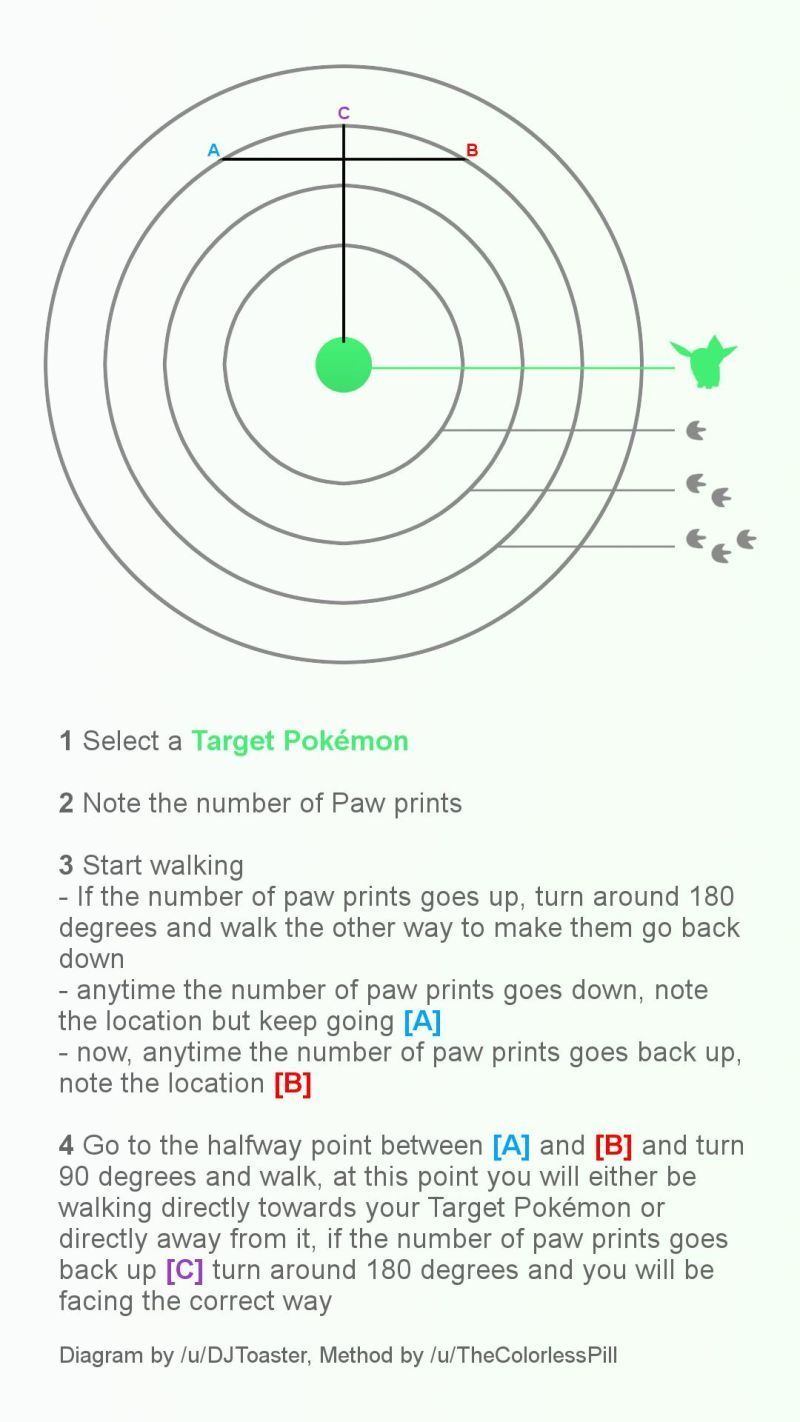